Sad we dont get this here 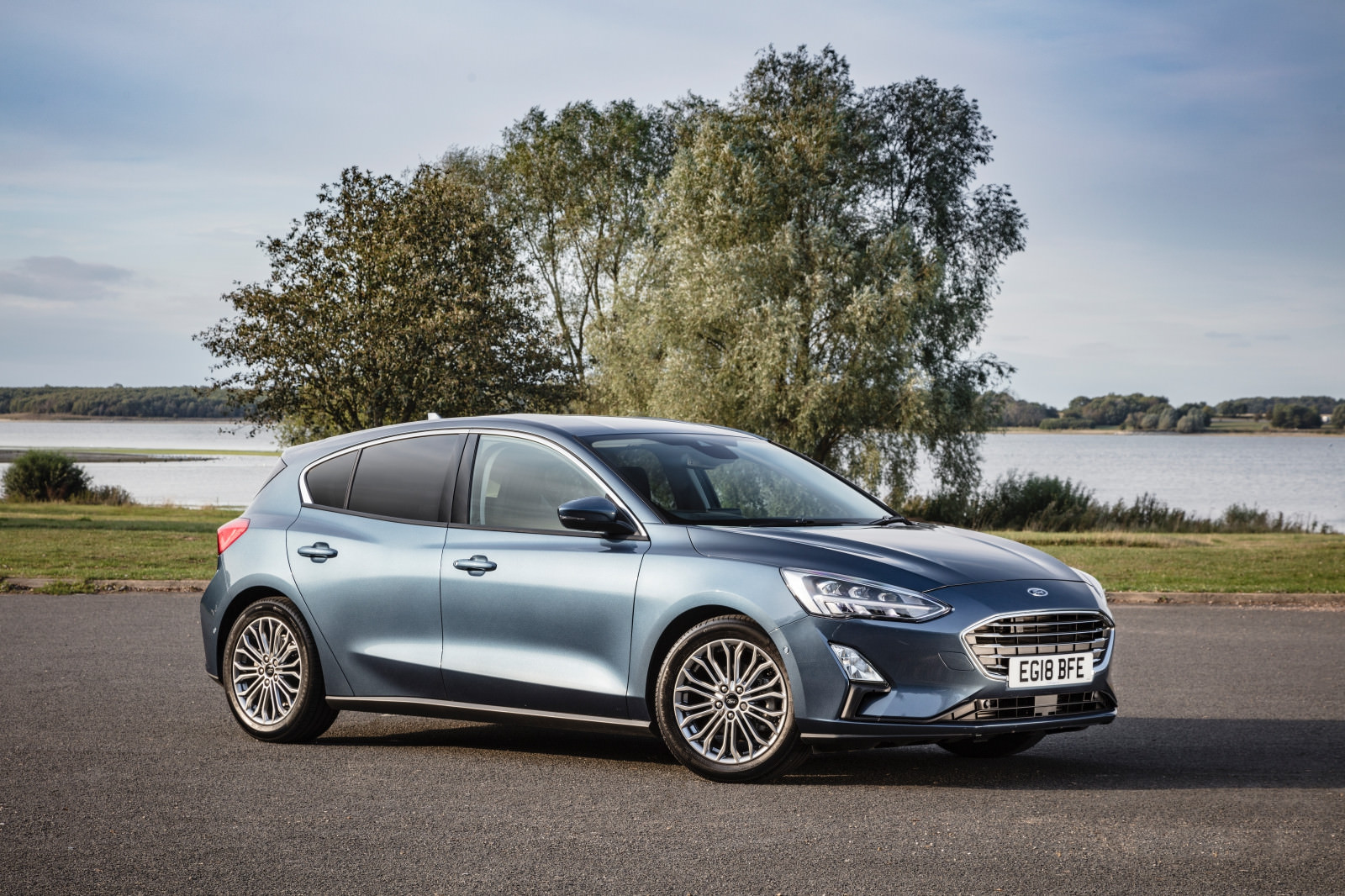 A family hatchback is what it is. In the U.S., it’d be considered positively minuscule, but in the UK it’s more mid-size. The diminutive Fiesta has had the “small” banner and has been running with it.

The new Focus comes with a couple of bodystyles and a fair few motors. You can have a five-door hatch or a wagon, and you can power it with petrol or diesel.

A new Focus is a huge deal, and in a hugely competitive segment it needs to stand out where others don’t, offering looks that’ll make you take a second glance as you walk away, and tech to make your life easier. On top of all of that it needs to suit everyone from single people with stuff to occasionally drag about, and families who use it on the day to day. Oh, and it needs to be fun and easy to drive, as well as being economical. Essentially, it has to be all things to all people. Easy.

The model I played with was a 1.0-liter EcoBoost in Titanium X trim. Titanium X is a “luxury” grade spec, which meant it had plenty of plush extras such as chrome trim, SYNC 3, and heated seats. Fancy.

But as I mentioned earlier, it is not coming to the U.S., thanks to Ford’s pivot to a nearly all-SUV, crossover and truck lineup. Nobody in America’s buying small cars like the Focus, you see, which is a shame. After driving this thing, I got a real sense of what you’re missing out on.

The 1.0-liter EcoBoost motor kicks out a sprightly 125 horsepower and 148 lb-ft of torque. Turn the clock back to 2004 when the first Focus was new and that was decent warm hatch power. Nowadays… not so much. That said, Ford claims it’ll get the Focus from 0-62 mph in a claimed 10.0 seconds and on to 124 mph.

Ford’s much celebrated EcoBoost engine (it’s been the sub-1.0 liter Engine of the Year every year since 2012) may be small, but its three-cylinder turbo set up means the 125 horse Focus claims a 39.2 MPG in the city and 54.7 highway on the European cycle. During my time with the car (covering a nearly 1000 miles of mixed driving) I managed roughly 40 combined.

On the trunk space front, with the seats up there’s 13 cubic feet of space to fill with your daily guff. Pop them down and you get a pretty massive 48. That’s... enough, but it’s down on more boxy hatches. The VW Golf, for instance, gives you 23/53 cubic feet with the seats up and down, respectively.

As is the way with new cars, the Focus isn’t as small as it once was. In fact, it can feel quite big down narrow country lanes. At 14.3 feet long and 5.9 feet wide, it’s getting out of ‘compact’ territory. Its size does mean there’s ample space up front and in the back for actual humans to get comfy, though.

The engine. Award-winning as it may be, it’s still worth saying that the little engine that could is damn fine. Hearing that it’s only pushing one liter across three cylinders may cause you to scoff, but it feels like something far more substantial. It makes a great noise and is surprisingly quick.

Long distance comfort is a plus. There’s always a risk that cars in this class will be great in town and dire on the highway or vice versa, but actually the Focus does both brilliantly. There’s little wind/road noise to worry about, and the ride ain’t shabby either.

The hatch is handsome as they come. The last generation could look awkward from some angles, but the new car is well thought out and fits nicely anywhere you park it.

Connectivity is a bit of a buzzword doing the rounds at the moment. Everything needs to be covered in the stuff. In the Focus, I relied on my phone for entertainment. (That being hours of the Adam Buxton Podcast, if you’re curious. The Louis Theroux and Edgar Wright episodes are especially good.) It synced itself to the car the moment I turned it on. A small thing, but one that counts.

Wireless charging is a $130 option in the Focus, and it should have been fantastic, but it wasn’t. It didn’t top my phone off and would often lose its connection. The connection loss itself wouldn’t be an issue, but every time it couldn’t find my phone a M A S S I V E black warning note came up on the infotainment screen telling me what had happened. Good to know, sure, but distracting as hell. I’ll be sticking to USB from here on out.

And the seats were not great! After two hours in the hot seat my ass started to hurt. It may just be my ass, but it still wasn’t fun.

In town it felt light, agile, and easy to drive. The steering wasn’t too light, yet not heavy enough to make you feel as though you’re working out. It’s not the sharpest out there in terms of all cars, but it’s a family hatch, not the RS.

In its normal setting, throttle response is just fine for the day to day. It’s easy to prod and send the car thrumming down the road as you like. The car’s “eco” setting softens it so you don’t use too much gas while you’re going about your business. It makes for a less engaging drive, but if economy’s your jam, it’s perfect.

The six-speed stick shift is slick and easy to use as well. A light clutch helps quick changing, and the change itself has a pleasing clunk to it. You feel like you’re actually doing something. Again, it’s not so much hard work as to put off drivers who may not be in to the act of driving, but enough to let you know you’re doing something. In a Golf, for example, the shifting is way too light and leaves you feeling as though you’re barely part of the process.

Braking is smooth as you like, with an easy to modulate pedal giving you utmost control. If you need to use them in a hurry the car’ll scrub speed quickly, however they’re decently servo’d so they don’t feel too sharp when you need to brake steadily for lights, etc.