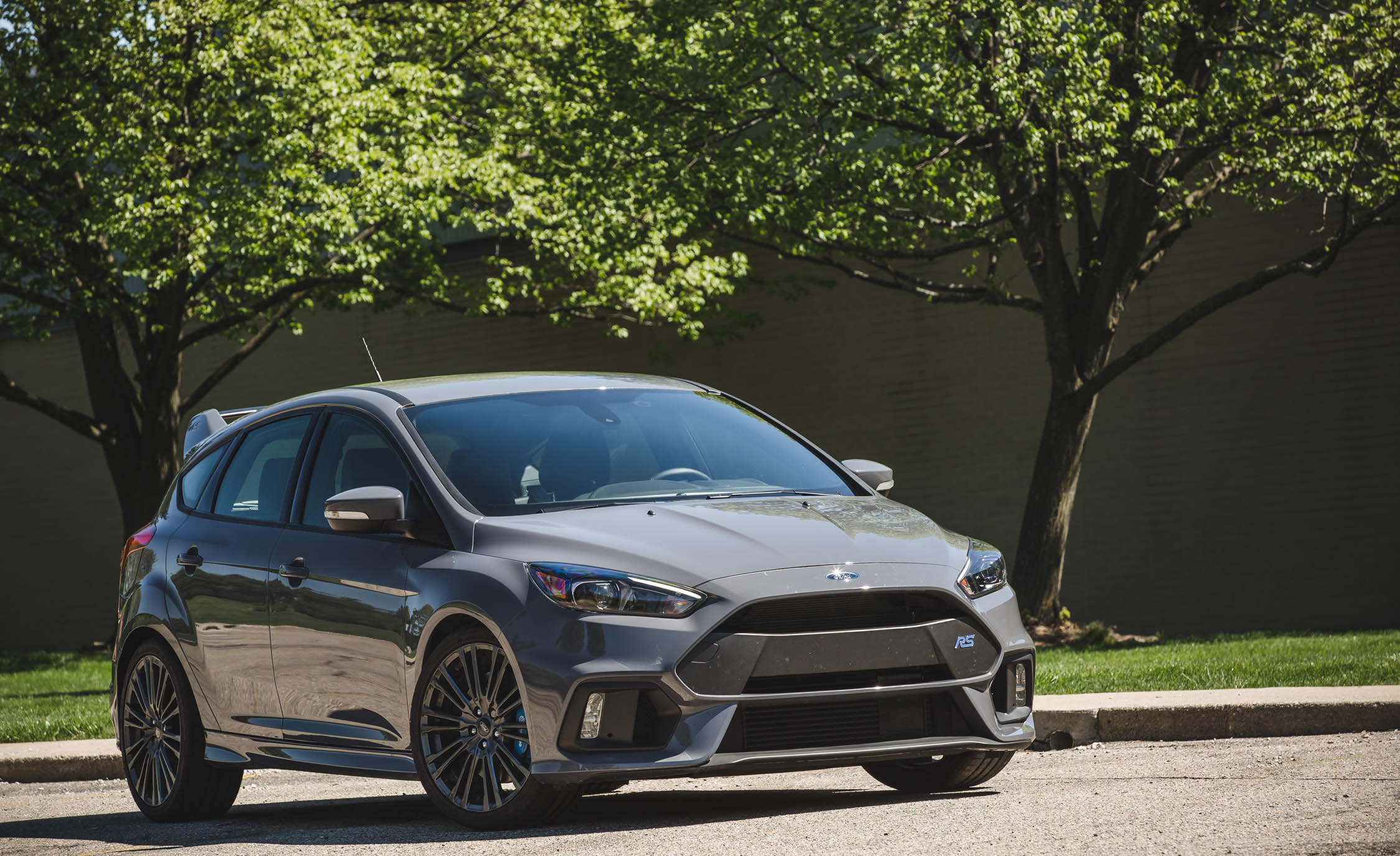 All good things must come to an end: The fantastic Ford Focus RS enters its final year of production packed with performance paraphernalia and ready to desecrate a racetrack near you. Ford's hard-core hatch has a 350-hp turbocharged four-cylinder engine that pairs exclusively with a six-speed manual transmission. Its torque-vectoring all-wheel drive is capable of conquering snow-covered streets or gravel-strewn back roads. While its cheap interior can't be ignored, the Focus RS will still fit four adults and their stuff. Expect its uncompromising ride and restrictive racing seats to weed out the weak, but whoever's left standing is in for one helluva good time. 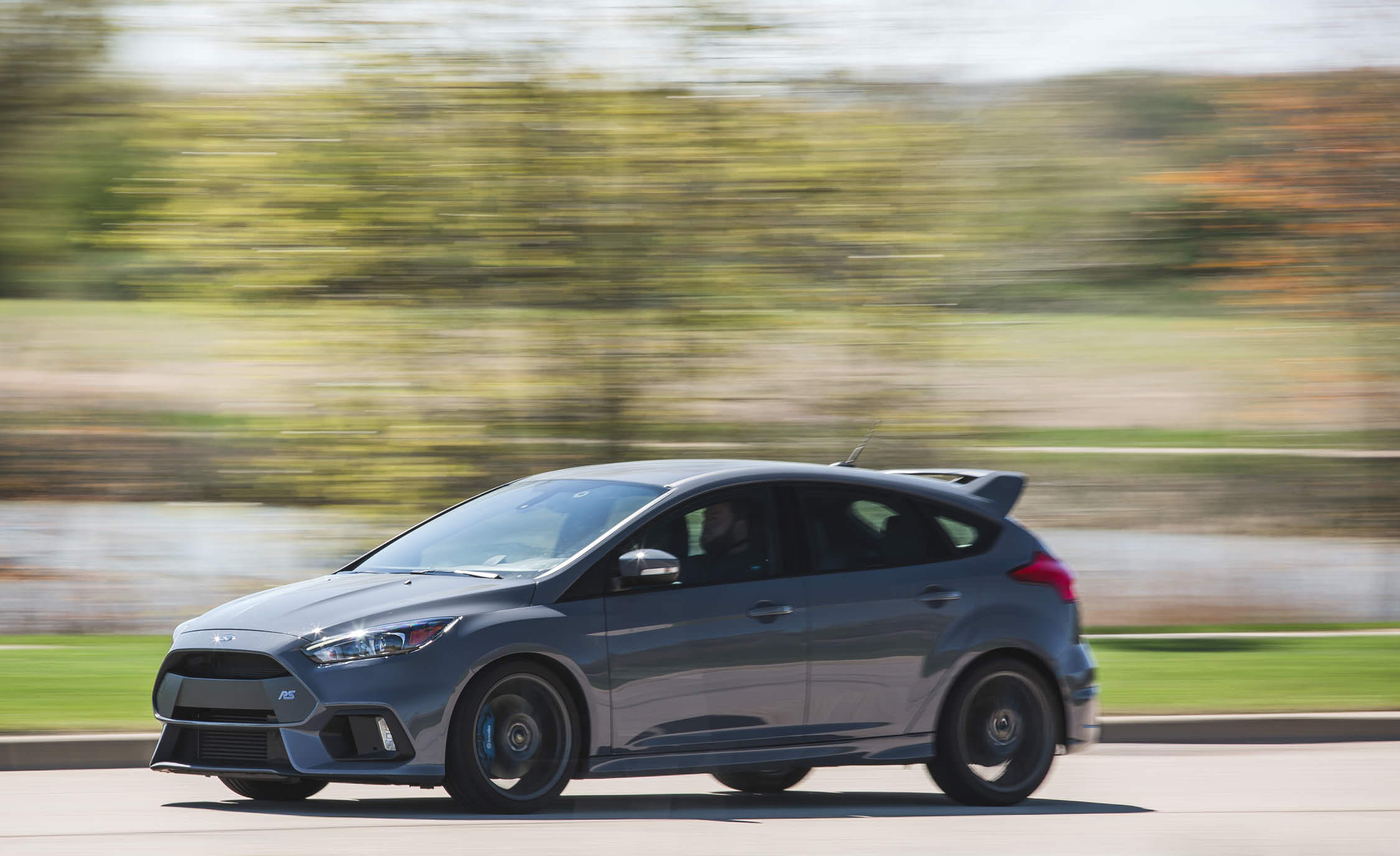 What's New for 2018?
The Focus RS will be discontinued after 2018. Ford will only sell 1000 of the fiery hatchbacks in the United States, and just 500 examples will see Canadian roads. The limited-edition models are only available in two colors: Nitrous Blue and a new Race Red. The exterior adds gloss-black features, including the roof and mirror caps. The rear roof spoiler is now painted gloss black, too, and it wears blue RS logos on the side wings. A set of painted 19-inch wheels become standard. Unlike previous versions, this RS features a limited-slip differential for the front axle. The RS2 package is now standard; it includes leather-trimmed Recaro racing seats (both front buckets are heated) and voice-activated navigation. The cabin also adds carbon fiber to the door handles, the handbrake lever, and around the turbo-boost gauge. 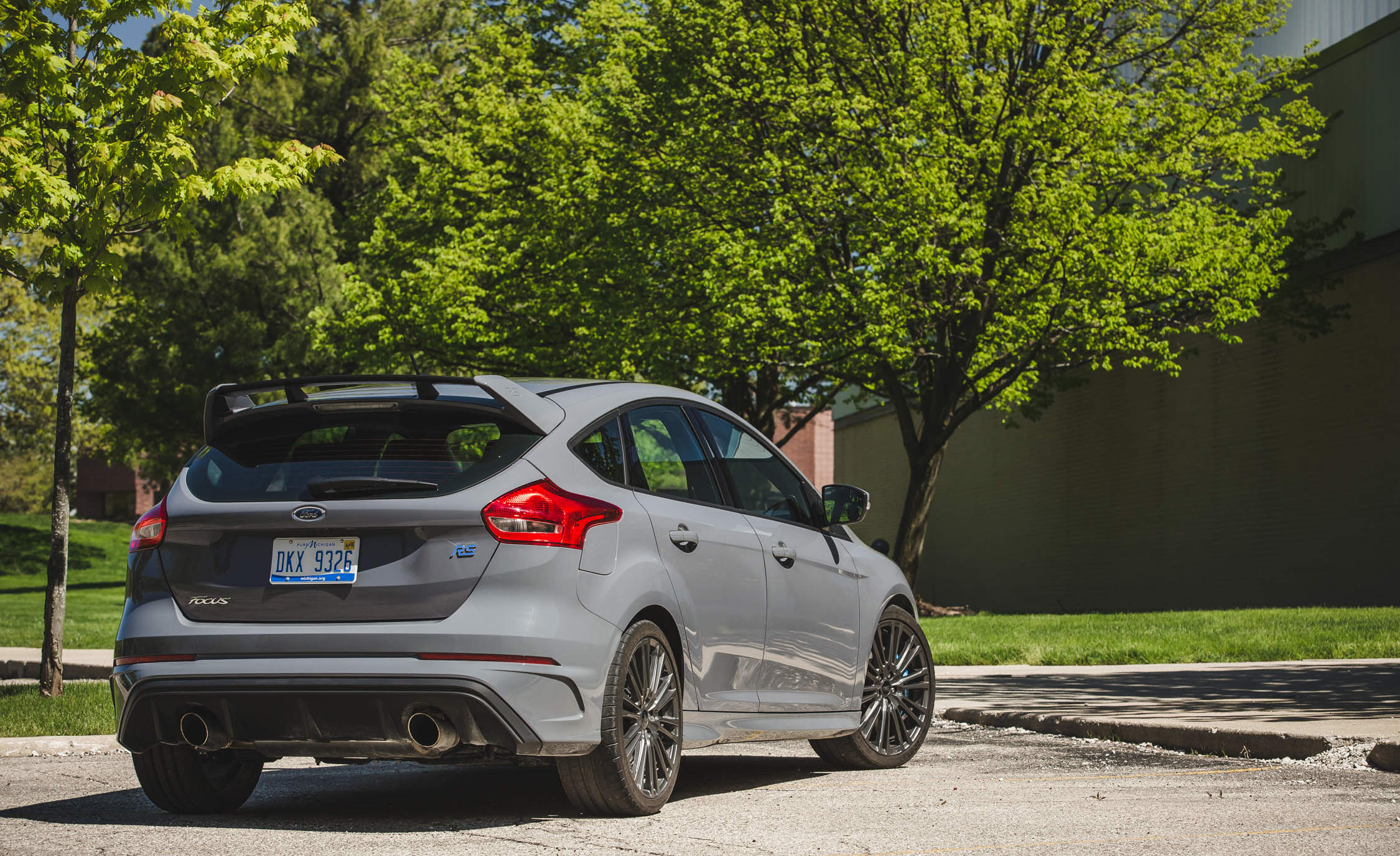 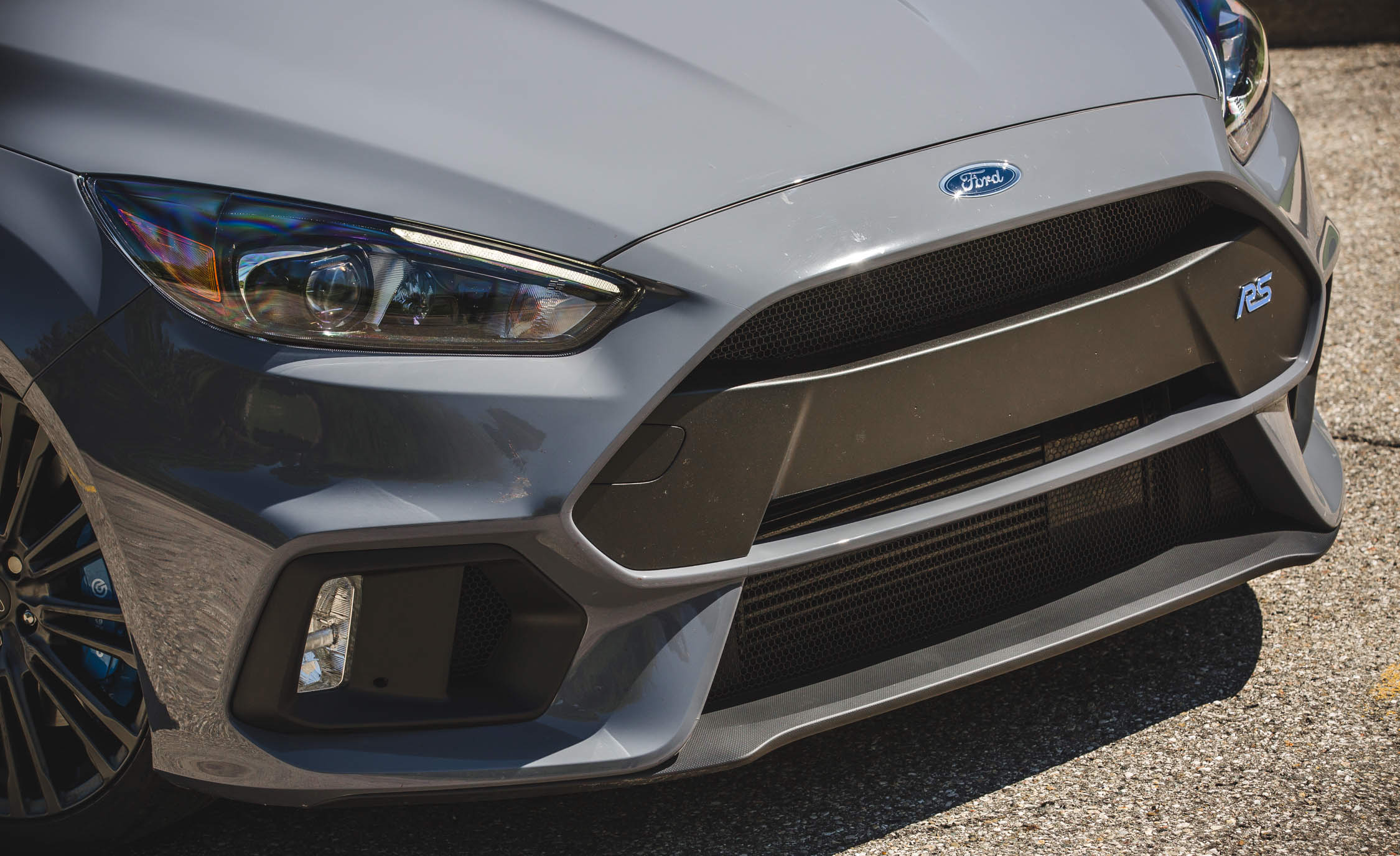 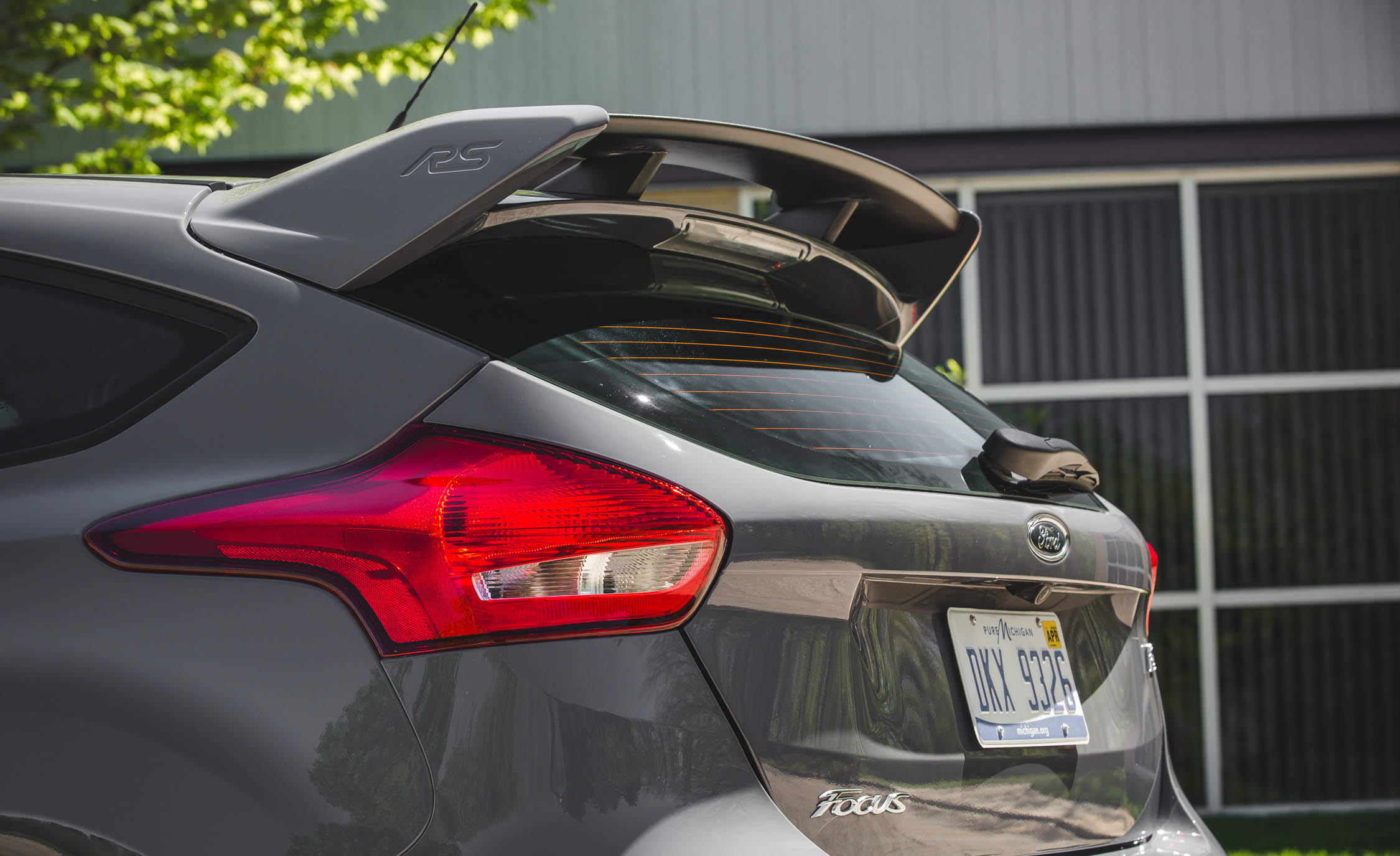 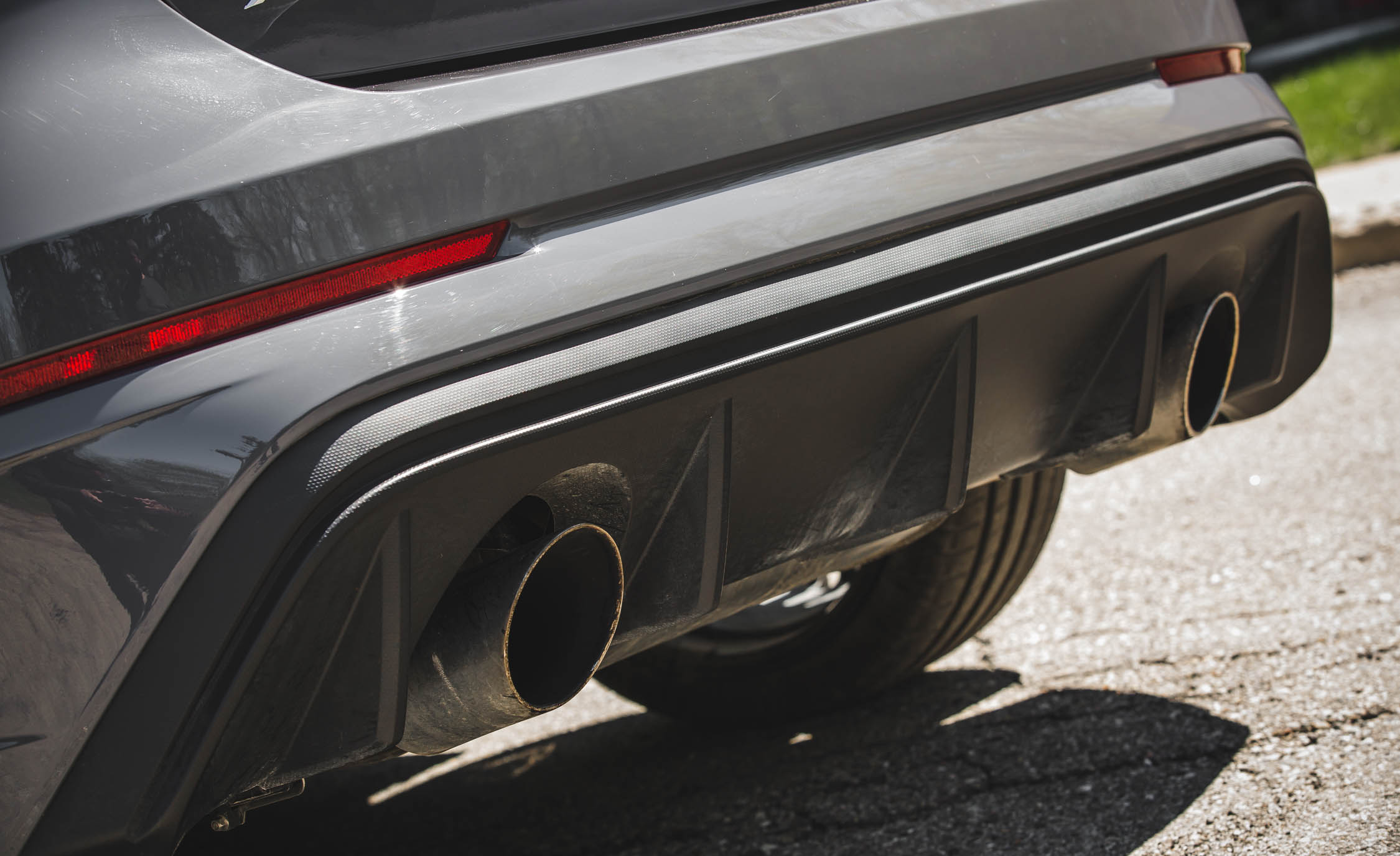 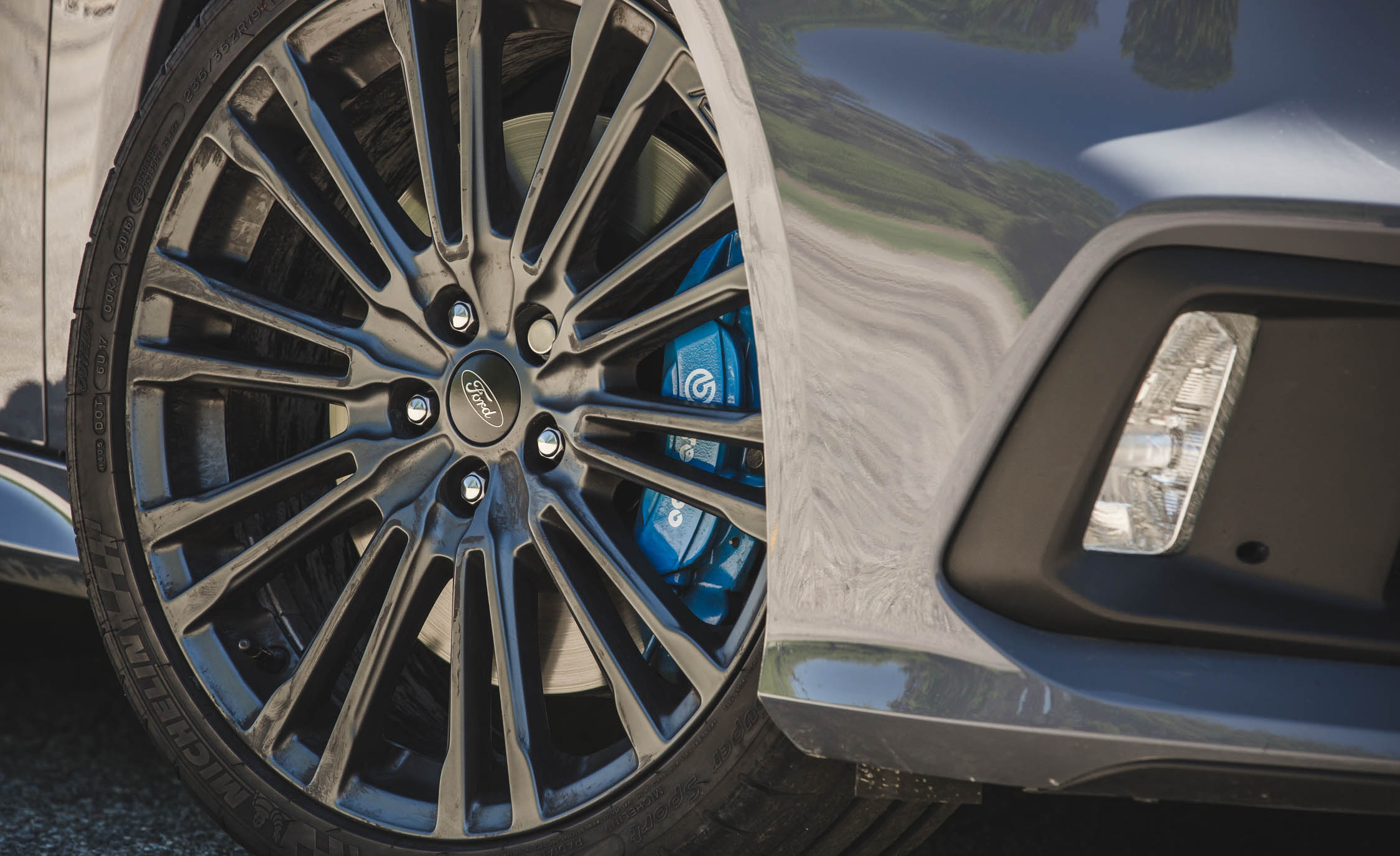